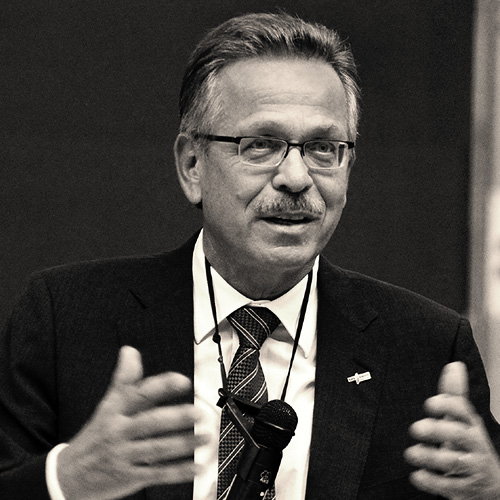 Chairman of the board BOSCH

Franz Fehrenbach is Chairman of the Supervisory Board of BOSCH and serves as a steward-owner with voting rights. He has led Bosch for 9 years as CEO. Today, he also serves a member of the Board of the Stifterverband für die Deutsche Wissenschaft, the Supervisory Board of BASF SE, Linde AG and Stihl AG, the Advisory Board of Stihl Holding AG & Co. KG and is a member of the Board of Trustees of the Stiftung Demoskopie Allensbach.
In 2006, Fehrenbach was elected “Eco Manager of the Year” in the corporate sector by the environmental foundation WWF Germany and the business magazine Capital. In 2008, he received the car award “The Golden Honorary Steering Wheel”, with which Bild am Sonntag honors outstanding personalities. In 2009, he received the B.A.U.M. Environmental Award from the Federal German Working Group for Environmentally Conscious Management. On behalf of Bosch, he also accepted the 2009 Prize for Understanding and Tolerance of the Jewish Museum in Berlin. In February 2012, Fehrenbach was honored by the business magazine Capital as “Greentech Manager of the Year 2011.” The prize is awarded to entrepreneurs and managers who are driving the growth of green technologies with above-average success and whose companies have an innovative and sustainable product portfolio.

All Sessions by Franz Fehrenbach